Elvis and the Rosary 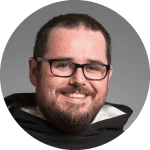 Elvis and the Rosary
By Fr. John Maria Devaney, O.P.

In May of 1971, the 15th to be exact, Elvis Aaron Presley recorded a song entitled “The Miracle of the Rosary”. It would be released the following year on February 20, 1972 on the album entitled Elvis Now! It’s one of the great mysteries of faith why Elvis, raised in the evangelical Christian denomination Assemblies of God, recorded a song devoted to arguably the greatest Catholic sacramental, the Rosary.

For Dominican friars and our history of promoting the Rosary, this question bears particular interest. How many songs have been recorded about the Rosary by major artists and released on a major record label? None… except for Elvis. Now Elvis recorded and performed dozens of other hymns and spirituals over his whole career. Interestingly enough, of the 14 Grammy nominations from the National Academy of Recording Arts and Sciences (NARAS), his only three wins were for gospel recordings: the album “How Great Thou Art” (1967), the album “He Touched Me” (1972), and his live concert recording in Memphis of the song “How Great Thou Art” (1974). Don’t forget this is the person who has sold over one billion albums, more than any other person in recording history.

It wasn’t Elvis who actually wrote “Miracle of The Rosary,” but an early pioneer of rockabilly music and the man who first taught Elvis to play guitar at the age of 13. The writer’s name was Lee Denson. Denson’s father, Rev. James Denson, ran the Poplar Street Mission, a Pentecostal church that Elvis and his mother and father attended in Memphis after moving there in 1948. It was here that the two families became friends. Denson went on to have a music career with a few minor hits, but obviously never to the same success as Elvis. 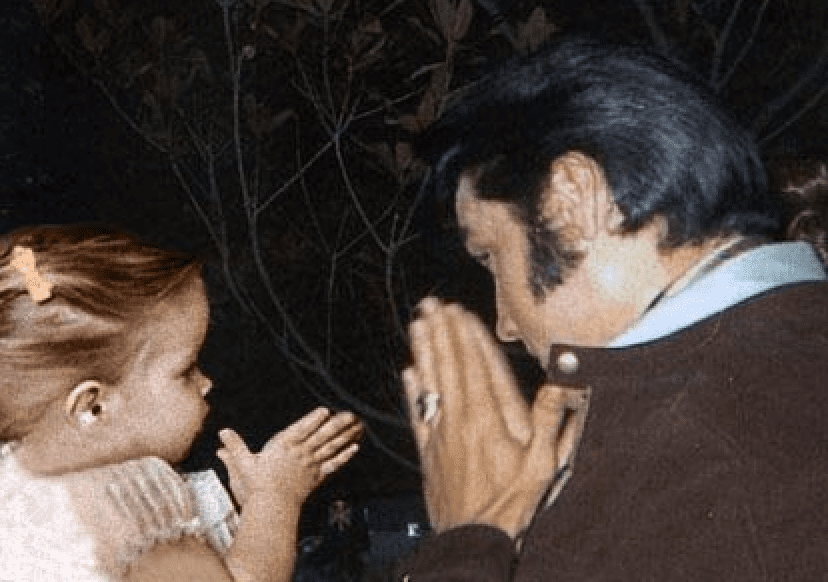 Elvis teaches his daughter, Lisa Marie, how to pray.

It was in 1960, however, that Denson penned an English version of the “Ave Maria.” With lack of interest from his publishers because it was of a religious nature, Denson was living in L.A. at the time and took it to Elvis, knowing his love of Gospel music. Elvis, who was in town filming a movie, received Denson warmly at his Bel-Air home where he performed it for him. A little later on, one of Elvis’ entourage reached out to Denson about the publishing, but nothing ever came of that at the time. Then over a decade later, Denson got a call from one of his old band mates in Memphis, telling him to sit down as he broke the news that Elvis had recorded a version of it. Denson couldn’t believe that after all that time, Elvis had held onto the song and had actually recorded it. 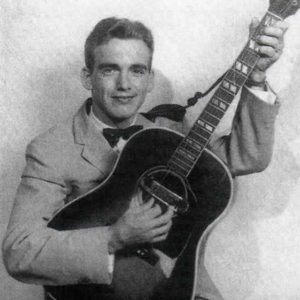 (Don’t forget, Lee Denson grew up evangelical as well, and there is no record of him being a Catholic. Maybe somewhere there is another story which explains why Lee Denson wrote the song in the first place. Was there a basket of rosaries in the back of the Pentecostal mission his father ran? We’ll never know.)

What moved Elvis to record that song so many years later? That we must leave to providence and the mystery of God’s plan for salvation. Yet we can speculate, and in the case of Elvis and his salvation, it is worth it. Here’s where we can begin: Jesus loves His mother perfectly, dearly, and greater than any of us can love her, or our own mothers.

For decades Elvis sang of Jesus (and the rest of the Holy Trinity), and he even recorded a version of the perfect prayer, the Our Father, all via what we commonly call Gospel Music. But what is the Rosary? Nothing else but the Prayer of the Gospels! The whole point of the Rosary – “The Miracle of the Rosary” if you will – is to ask the Blessed Virgin Mary to bring us closer to her Son, as we reflect on his life, death, and resurrection with each bead that slips through our fingers. The miracle is that more and more, as the years go by in our life of faith, the Mother of God intercedes for us to her son Jesus, who obtains grace upon grace for ourselves, the Church – the Mystical Body of Christ – and the whole world. Only in Heaven will we find out all of the Rosary’s many miracles. Dare we say that this song is the capstone of Elvis’ Gospel recordings, and perhaps of his whole recording career? For what light can his secular work really hold to this subject matter?

Not being Catholic, Elvis obviously did not have the fullness of the sacramental life that Christ left us, but he was baptized. We will only find out in Heaven how God extended his hand of mercy to Elvis throughout his life. At the foot of the cross, Jesus gave Mary to care for all members of his Church, and every Hail Mary prayed in the Rosary begs the blessed Mother to pray for us “now and at the hour of our death.” Elvis himself sang the Hail Mary, and remember the old adage “singing is like praying twice.” Is not the most loving Mother of her children concerned about the salvation of all God’s adopted children? Was she praying for Elvis at the hour of his death? I have no doubt in my mind! 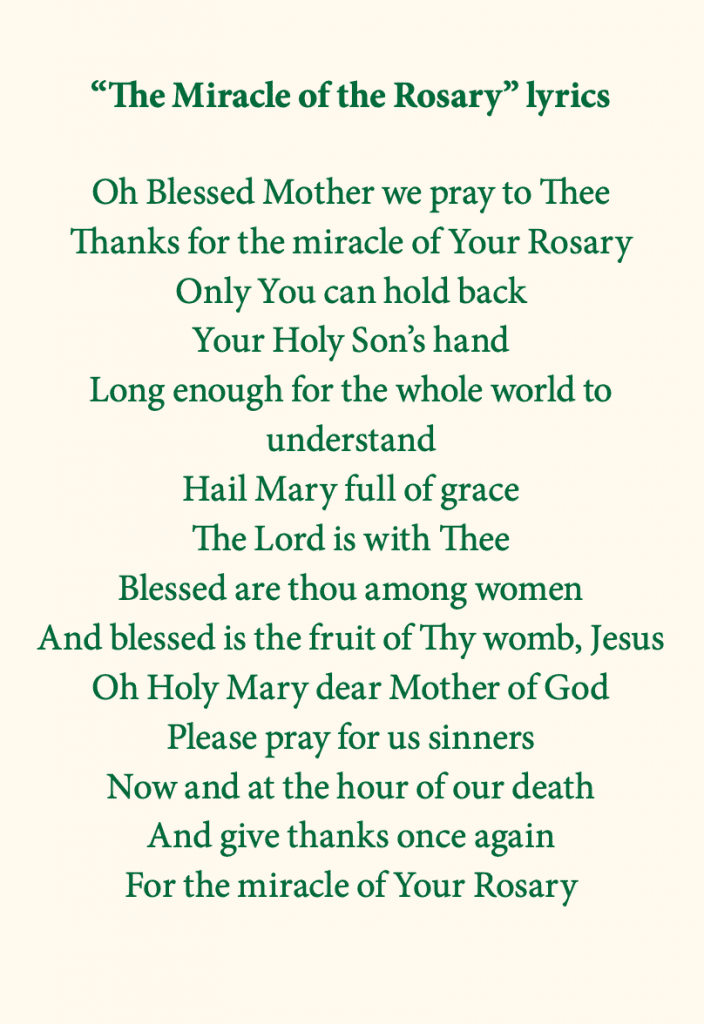