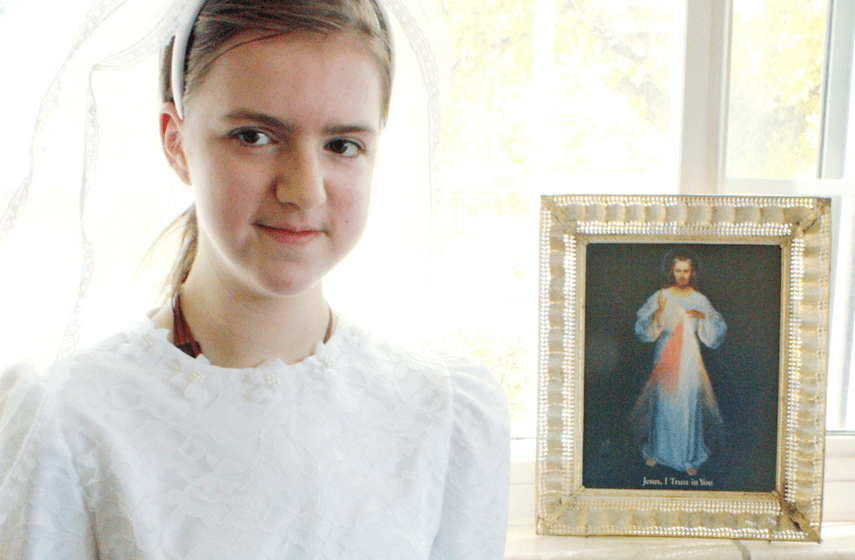 When Lucy was born in 2005, it was something of a miracle that she survived. Her intestines were outside of her body. She was baptized by her father and then rushed off for surgery. The surgery was successful but left her with an extremely impaired digestive system. As time went on, she tolerated fewer and fewer foods. Among other exclusions, she couldn’t eat fruit or grain. Therefore, she could not make her First Holy Communion. For many years we prayed for Lucy’s First Holy Communion. But as the years passed, I think we were all starting to give up hope.

On March 14th, 2019, I heard a sermon about the prayer of Queen Esther. Father asked if we had ever tried praying prostrate from morning to evening. I didn’t think that was possible for me but I decided that I would kneel down as often as I could every day and pray the Ask, Seek, Knock prayer to the Infant of Prague. My primary intention was always Lucy’s First Holy Communion.

Towards the end of March, Lucy was talking about her desire to be a Dominican Sister. But she said that she didn’t think she could ever be one because of her health. I thought, I need to put her under the protection of the Dominicans. I decided to pray to Saint Vincent Ferrer; I entirely forgot that his feast was April 5th yet I began on March 27th a Novena before his feast. (I did not realize this till after we had the wonderful news.) 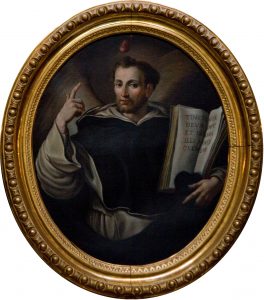 After I received Holy Communion on March 31st, God told me to ask for a sample of altar wine in order to test Lucy on it. I was somewhat resistant since Lucy had tested allergic for wine in the past and currently couldn’t eat any fruit. But I decided to do it. Later I found out that Lucy (although she had kind of given up hope) had begged God at this same Mass to let her make her First Holy Communion.

On April 1st, we went to Mass. It was the fourth anniversary of my mother’s death and we asked for her intercession. After Mass, our pastor gave us a sample. He promised to pray. About an hour or two later at her test, no allergy showed up!

We were all amazed. Lucy was told to pick a day. She decided to take a day to prepare and so the date would be April 3rd. Our pastor announced what was happening before Mass. It felt like we were surrounded by the spiritual joy of everyone there. Lucy was so happy. After Mass, she received many warm congratulations and even some last minute gifts. One lady gave Lucy her own special Rosary.

Please Pray for Lucy’s continued healing so she can pursue her dream of becoming a Dominican Sister!