A Lifetime of Devotion to Saint Jude 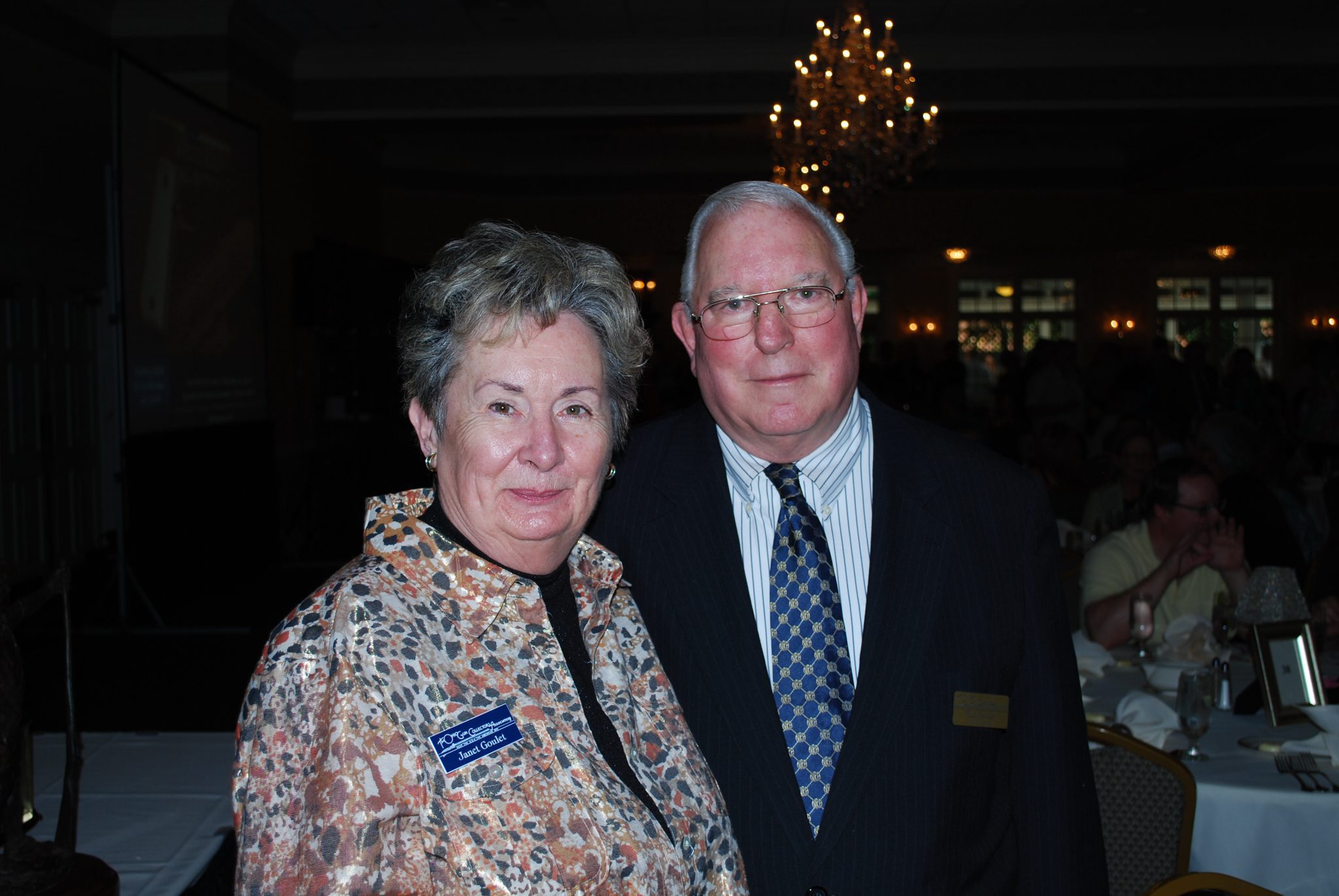 A Lifetime of Devotion to Saint Jude

Doctor Walt Goulet and his wife, Doctor Janet Goulet—both retired university professors—have been long-time patrons of the Rosary Shrine of Saint Jude. The Saint Jude Messenger recently sat down with Walt to discuss the changing and surprising ways Saint Jude has been present in his life for over 65 years.

How did you become devoted to Saint Jude?

My mother gave me a pamphlet of Saint Jude prayers when I was only sixteen. So I started to pray to Saint Jude. In the beginning it was “Saint Jude help me do this, help me do that.” I fell in love with Saint Jude in the first place because he always took care of whatever needs I had: to get a job, to do well in school, etc. Over the years I stopped asking him for much except on behalf of my family or others who are truly in need. I don’t have to ask for material things for myself, because he’s already taken care of me. The spiritual has become more important.

Can you tell us about any specific instances when Saint Jude answered your prayers?

I taught over at Wright State University and we had a Catholic center that was well attended. For a couple years, the priest had been trying to buy a little piece of property to expand the center, but he couldn’t get ahold of anything because it was state land.

One day we were talking about it, and I said to him, “Well, Father, let me pray on it and talk to Saint Jude.” And so I prayed on it and talked to Saint Jude and sent Saint Jude a gift. A couple of days later, the Catholic center was told they had permission to purchase the land. The priest really believed it was a miracle, and I do too.

Every time I’ve ever prayed to Saint Jude he’s answered my prayer. Not always the way I wanted it—usually better. I’ll give you an example: one time I wanted to be hired by another Midwestern university and become a chairman there, so I prayed, and prayed, and prayed. It didn’t seem to work – I didn’t get the job. But a couple of months later I became chairman at the university where I already taught, and then got promoted to associate dean, and then got to be dean. So Saint Jude didn’t grant my specific request, but he gave me a better answer.

How has Saint Jude helped you in your family life?

Just after my wife and I got engaged, we dedicated our marriage to Saint Jude (that was the beginning of my wife’s devotion to Saint Jude). We’ve been married fifty-six years and have four grown children, seven grandchildren, and one great-grandchild. We’ve been faithful: we still say the prayers to Saint Jude regularly and when we’re in Rome we make sure we visit the shrine of Saint Jude there.

The Dominican Friars of the Rosary Shrine of Saint Jude extend our heartfelt gratitude and prayers to the Goulets for their continued generosity!