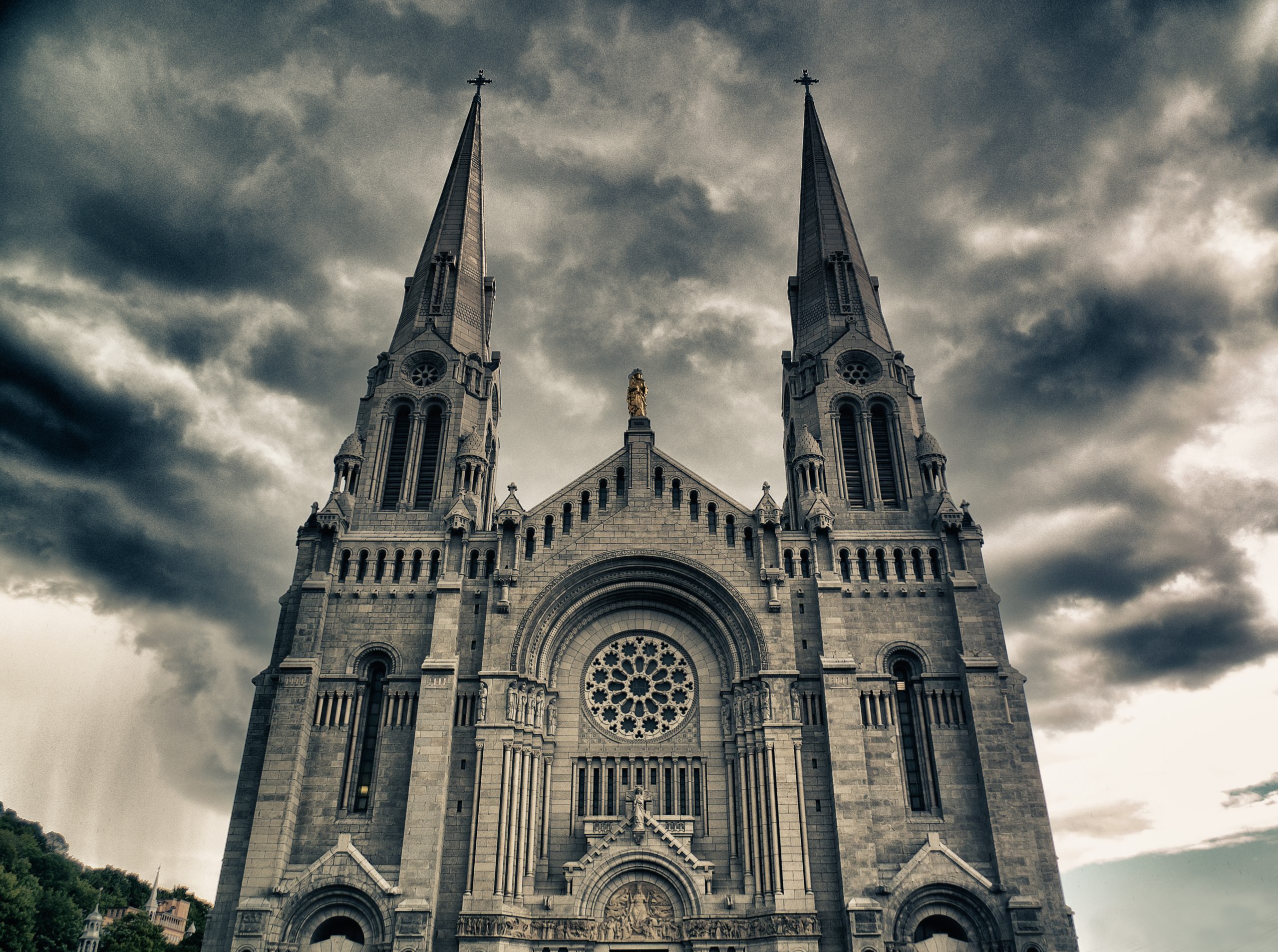 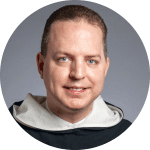 “I specifically said to the Lord, ‘Lord, You know that I can only handle so much, and I don’t think that I can handle Crohn’s disease along with a lot of responsibilities.’”

I was diagnosed with Crohn’s Disease in the summer of 1998 when I was about to enter my junior year of college seminary. I was a student at the Pontifical College Josephinum in Columbus, Ohio, and I had spent that summer in Mexico. I was already having symptoms of Crohn’s in Mexico, but it was the first time I had ever traveled out of the country for an extended period, so I simply assumed I was having traveler’s issues. It wasn’t until I returned home to Kentucky that I woke up one day in such pain that I couldn’t even move.

I went to the emergency room, where they thought that I had appendicitis, which is a common misdiagnosis for Crohn’s. When they went in to take my appendix out, they discovered I had Crohn’s disease.

My large intestine was swollen three or four times the size of what it should be. Crohn’s is an auto-immune disease, part of a whole family of auto-immune diseases from rheumatoid arthritis to lupus. With Crohn’s disease, the immune system turns on the digestive system of the body. There’s no known cure, and we don’t know what causes it.

For many years, I had to be on steroids and specialized anti-inflammatories, but, thankfully, I’ve never had to have surgery. Some patients with Crohn’s need to have surgery to have certain sections of their large intestine cut out, but this is not a cure. Eventually the immune system will just turn on the suture point where the two ends of the removed section have been connected. I count myself blessed that I’ve never had nutritional problems to the extent that I’ve needed surgery or other more invasive management.

In the summer of 2012, I had been an ordained priest three years in the Dominican Province of Saint Joseph. It was then that a fellow Dominican Friar and I made a pilgrimage to the Saint Anne de Beaupré Shrine, in Quebec, Canada. 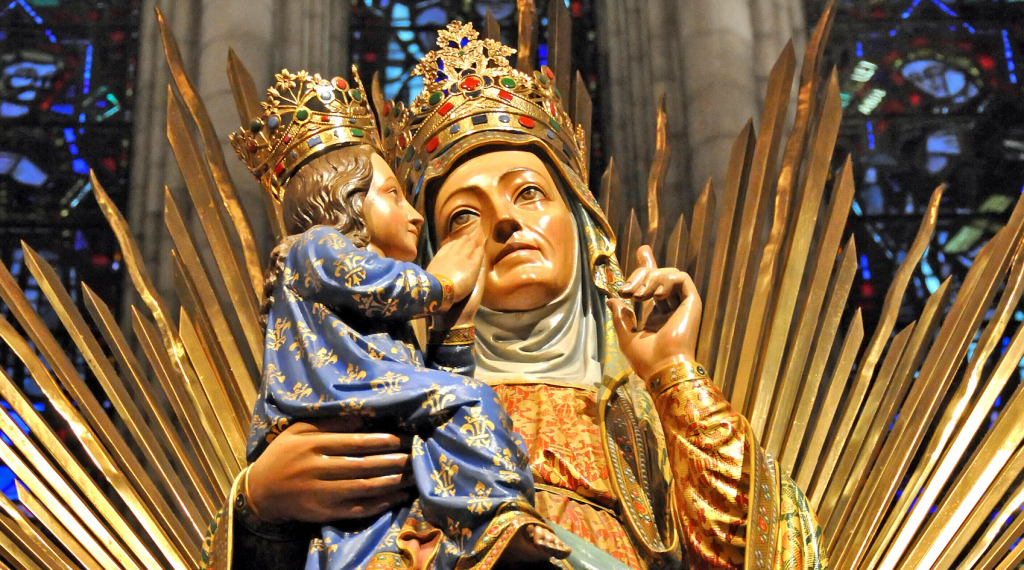 Saint Anne is the mother of Mary, and Saint Anne de Beaupré is essentially a Marian shrine: we know of Saint Anne because of her relationship to the Blessed Mother. The shrine is the oldest Catholic pilgrimage site in North America and is known for miraculous healings.

At the time of my pilgrimage, word had gotten to me that I was being considered for increased responsibilities in the Province. I knew there was a very good chance that I would be asked to apply and possibly to be named Dean of the Pontifical Faculty of the Immaculate Conception in Washington, DC.

My brother friar and I celebrated a Mass at Saint Anne de Beaupré. The basilica has a pillar on top of which is a statue of Saint Anne holding the child Mary. It’s a beautiful statue. Both of them are crowned and you can kneel before it and read a prayer for healing or for another special intention.

We prayed a holy hour there, and I knelt at the pillar before Saint Anne and the Blessed Mother. I specifically said to the Lord, “Lord, You know that I can only handle so much, and I don’t think that I can handle Crohn’s disease along with a lot of responsibilities. I can’t do both.” I was very frank with the Lord. I asked the Blessed Mother and Saint Anne to intercede, and I said again to the Lord, “Please choose one or the other: Crohn’s disease or these increased responsibilities.”

At the time of the pilgrimage, I had been undergoing treatments for Crohn’s. Afterward, I found myself not needing them. It’s been over eight years now since I made that pilgrimage and I have not been on any medication or needed any medical treatments for Crohn’s disease since then. I’m in complete unmedicated remission. I have had three colonoscopies in which my gastroenterologist, who is one of the best Crohn’s disease researchers in the country, has noted that the disease is no longer active, although there are clearly scars where the disease was once active.

In the meantime, I have been able to carry out my duties as Dean of the Pontifical Faculty of the Immaculate Conception without any problems from Crohn’s. 2022 will be the tenth anniversary of my healing, and I hope to return to Saint Anne de Beaupré and offer a Mass of thanksgiving.

If the Lord sees fit, when I don’t have as many responsibilities, to bring the Crohn’s back, I will, of course, accept that cross. But in a candid moment of prayer, and with the intercession of the Blessed Mother and Saint Anne, I was able to say to the Lord, “I can only do one of these things, so please take one away,” and He did.