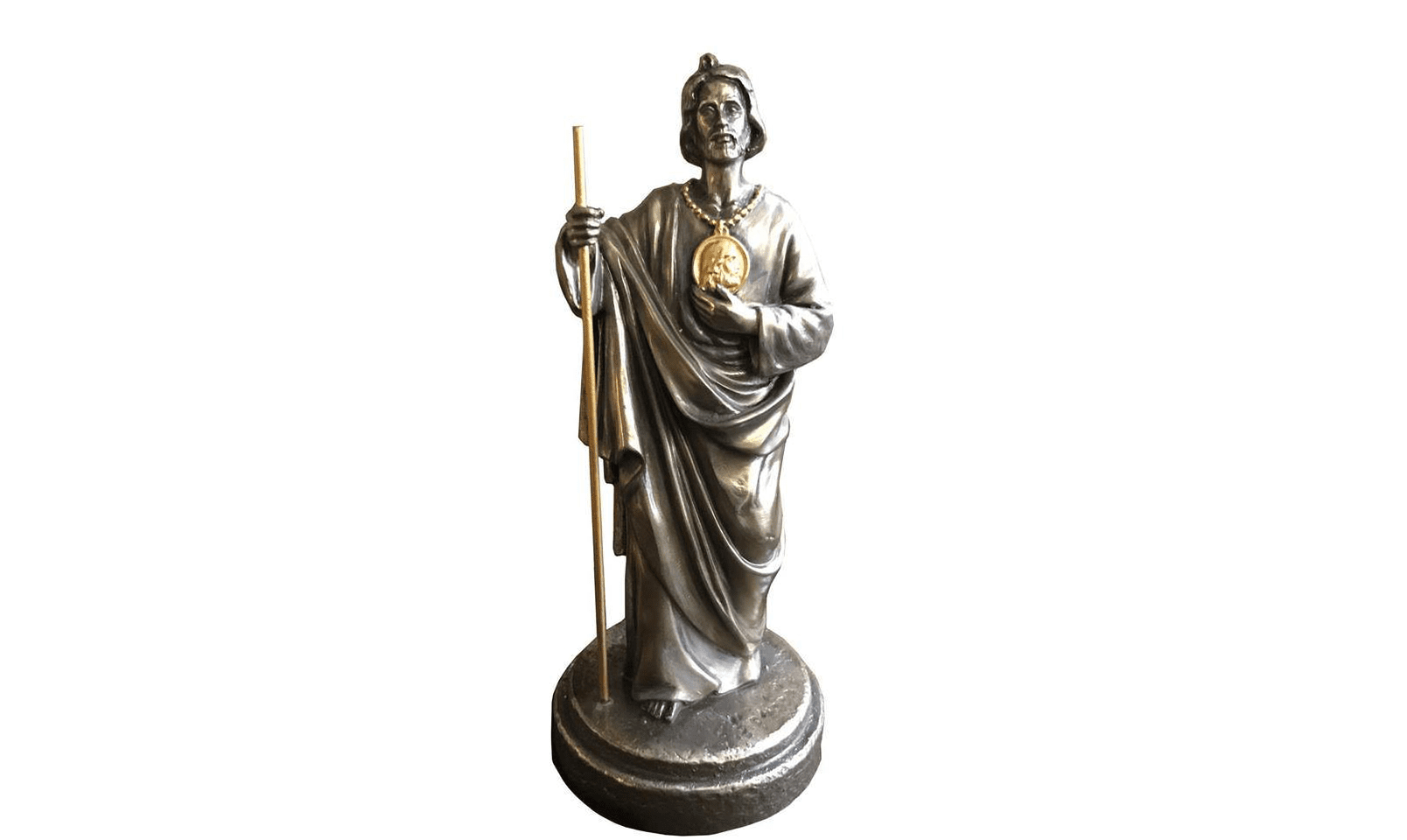 Congratulations to Josephine Carrino of Astoria, New York, the winner of our First Friday Saint Jude Story Contest! Josephine will receive our Saint Jude statue (pictured above) and her story will be published in the Saint Jude Messenger.

Here is Josephine’s remarkable story of an answer to prayer:

I have been praying to Saint Jude since the age of 13, when my dad brought me home a Saint Jude prayer card. Many years later, my husband was diagnosed with throat cancer. He had three different biopsies and each one came back positive for cancer. We were told that a portion of his neck muscle would have to be removed.

Being a firm believer in Saint Jude and his powers, I bought my husband a Saint Jude medal to wear around his neck (of course, after having it blessed by a priest.)

On the day of the operation we were prepared for the worst. After the operation the doctor came out and said to me, ‘I have no explanation. We took the lump out, had it biopsied, and found no cancer… but we did take out his tonsils.'”

Another congratulations goes out to our runner-up Kathryn Brooks of Rainelle, West Virginia. Kathryn’s story will also appear in the Saint Jude Messenger and she will receive a complimentary subscription. Here is Kathryn’s moving story of Saint Jude’s intercession:

I have prayed to St. Jude since I was seven years old, and he answered my prayers when I wanted to live with my father. As I grew up, whenever someone needed to pray for something impossible, I would say, “Pray to Saint Jude!”

After I was married, my husband’s father became very ill and was in intensive care for two months. The doctors said that his family needed to say goodbye. I bought him a Saint Jude medal and pinned it to his hospital gown. His family said I was naive to think this would work.

But my father-in-law began to get better each day and was released from the hospital! The doctors had said he would never walk. Not only did he walk… he drove and lived another 15 years! Saint Jude is my favorite saint, and I will always pray to him for impossible situations.

A big thanks to Josephine, Kathryn, and all who participated in the First Friday Saint Jude Story Contest!