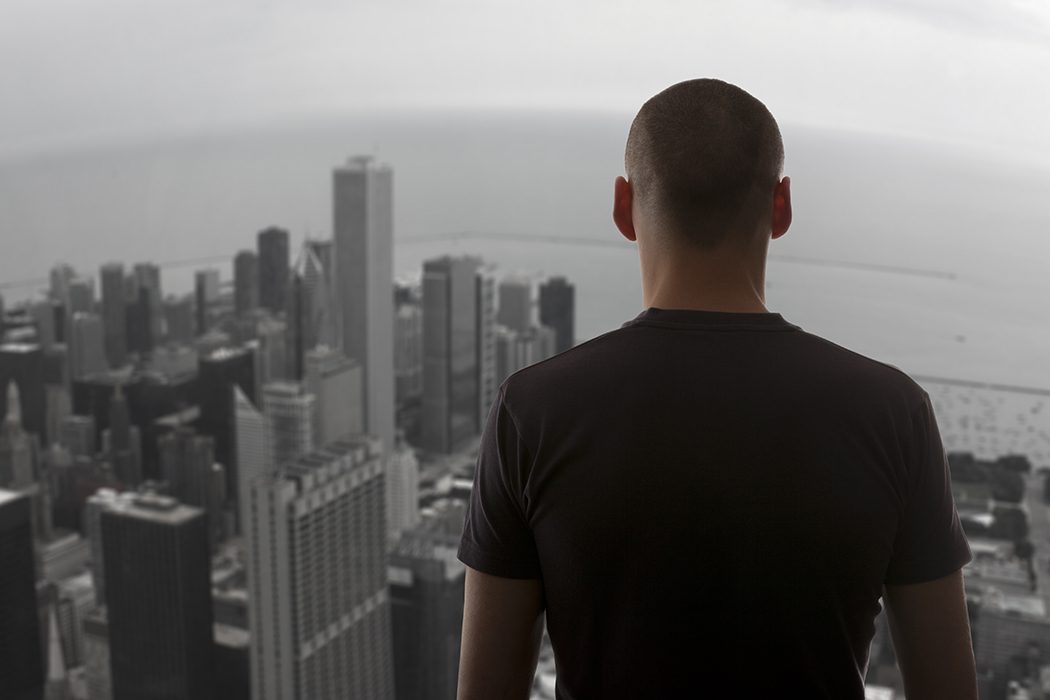 I used to go to the 5:30 weekday mass at Saint Joseph’s Church in the Greenwich Village neighborhood of Manhattan. The young priest would give short but great homilies.
One day as I was leaving the church, a man was passing by walking his dog, and the dog jumped up on me. The man apologized and went on his way. This happened the next day and the next. I would come out of Mass at six o’clock, and the man was walking his dog past the church. The dog, whose name was Cinnamon, took a liking to me and would greet me every time.

One day the man asked me whether I lived or worked near the church. I said, “Neither, I work in Midtown.” He asked me why I came all the way down to the Village for Mass. I can’t remember exactly what I told him, but it seemed to make an impression.

A couple of months went by with the same routine. The man, whose name I never learned, said, “Cinnamon always seems to know when you’re coming out of the church and pulls me in that direction.”

All of a sudden, they stopped coming. Almost a year went by when I didn’t see the man and his dog. Then one day I came out of mass and there they were.

He said, “I purposely came here this time and waited for you. I have something to tell you.”

I said, “Sorry, I’m meeting some friends for dinner and I have to get going.”

“No, I have something to tell you, please!” he begged.

So I relented and told him to make it quick. He went on to tell me about the past year of his life, and how whatever I told him about why I went to Mass at St. Joseph’s every day made an impression on him.

He had lost his job and owed his landlord $6000. Unable to find another job, he was out of work for months, and then his unemployment ran out. He got so depressed that he decided to kill himself and little Cinnamon.

He said, “I went over to Our Lady of Pompeii [another Catholic Church in Greenwich Village] to make peace with God because I remembered what you said. I had planned to kill myself that night, but when I was leaving I saw this man standing in the back of the church. I went over to him and he said that he was the man for hopeless cases. There was a prayer written there and I knelt down and said the prayer. When I got home and I didn’t want to kill myself. I just couldn’t do it. But the next day I made up my mind to go through with it. I went back to the church, and the man was there again. I said the prayer and I told God, ‘I’m going to do it tonight, forgive me.’ But when I got home, I just couldn’t do it. This went on for several days. Each day I would go to the church and stop and talk to the man. He said his name was Saint Jude.”

At this point I interrupted him: “That’s not a man, that’s a statue!”

He said, “Well, man or statue, he said his name was Saint Jude. Every day I spoke to him and every night I couldn’t bring myself to kill myself. Then I found a job. It’s the best job I’ve ever had, and I’m making more money than I’ve ever made! I was able to pay my landlord back the $6000 dollars I owed him and I’m getting on my feet again. The only problem is that the job is in New Jersey and I don’t get home until late at night to walk Cinnamon. So I’m moving and you won’t see me anymore.”

And I said, “I’m sorry to hear that, but I’m so happy for you! That’s wonderful news. Thank you for sharing your story with me, but I have to go now. I have people waiting for me,” and I started to walk away.

He said, “The name of the company I’m working for is SJ Industries [The last word of the company name has been changed to protect the man’s identity]. I went up to my boss one day asked, ‘What does SJ stand for?’ And he said, ‘none of your so-and-so business!’ He cursed me out. I felt terrible. I didn’t want to get on his bad side. But later that day he called me into his office and told me to close the door. He said, ‘I’m sorry I yelled at you. I’ll tell you what it stands for, but you’d better not tell anybody. It stands for Saint Jude.’’’

This all took place in the late 90’s before the fall of the Twin Towers. In the years that followed, every once in awhile I would have a strong feeling that I should tell this story to a particular person—and they always listened completely riveted. But I never made it public. That changed on Pentecost Sunday of this year.

Normally, I try not to schedule anything for Holy Days, but I had a lecture I had to attend, so I couldn’t make it to my usual Sunday morning Mass. Instead I went to the 11:30 at St. Joseph’s, where I first met the man with the little dog, Cinnamon. After Mass, I greeted the priest and walked outside. But once I was on the street, something in me told me to go back and tell the priest my St. Jude Story.

That priest turned out to be Fr. Gabriel Gillen, O.P., Director of the Rosary Shrine of St. Jude. As soon as he heard the story, he invited me to share it with you, the Friends of St. Jude and Our Lady. I know this story was meant for you.

Please consider making a donation to the Rosary Shrine of St. Jude so we can continue our mission of spreading devotion to the patron of impossible causes!