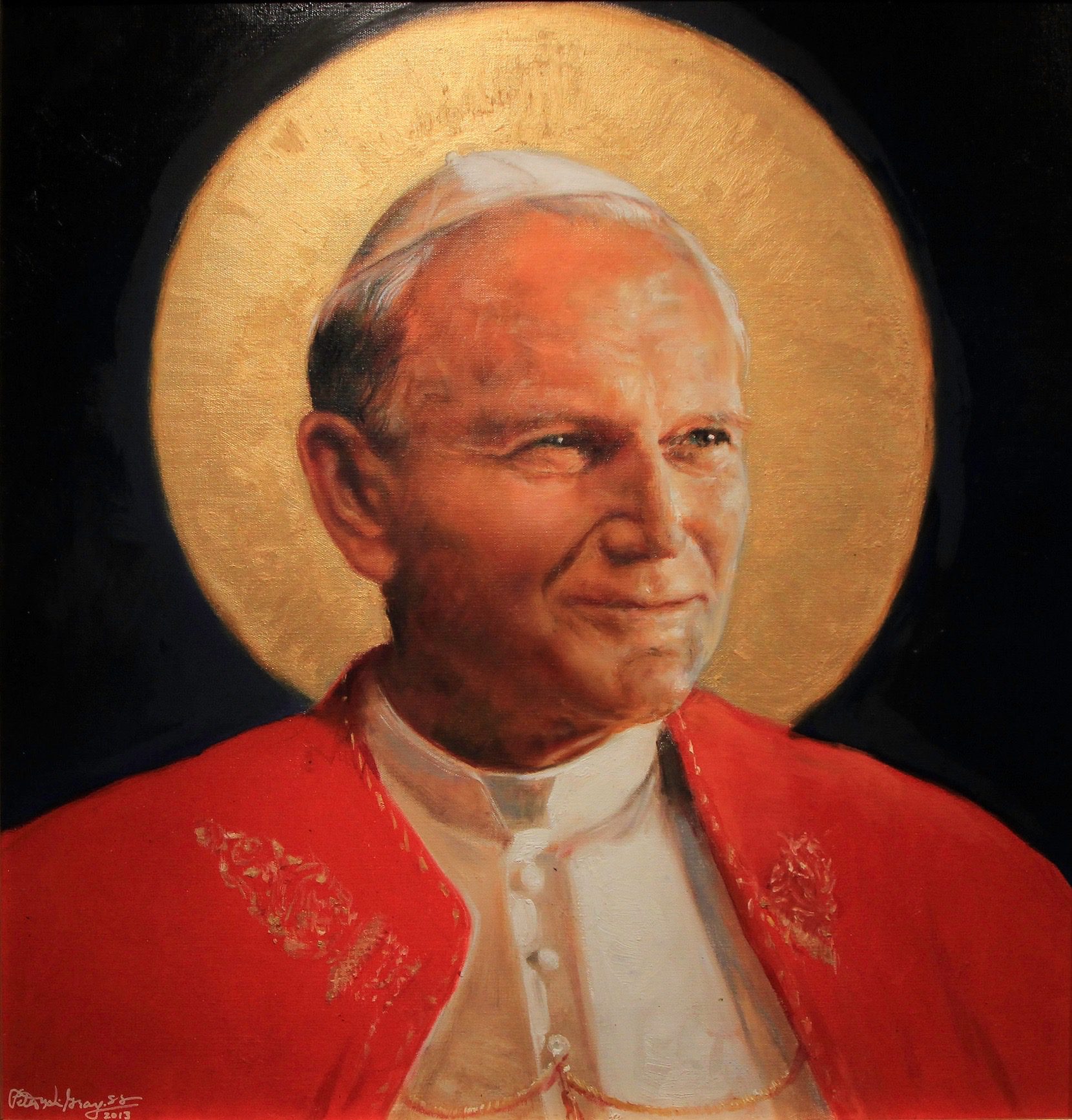 The image of God in man manifests itself in many different ways, and one notable way is through the lives of the Saints. The lives of the Saints are commentaries on the Gospel—concrete examples of living heroic Christian lives. In each of their lives, they manifest important characteristics of what it means to be followers of Christ, each displaying their own images of the Savior. St. John Paul II was no exception, and through his words and actions he showed the world the joy that following Christ brings. Below, some Dominican friars reflect on how this great saint inspired them in their spiritual lives and in discerning their vocations—vocations that your contributions to the Rosary Shrine of St. Jude make possible!

The courage to follow Christ:  “In his inaugural homily St. John Paul II said, ‘Do not be afraid. Open wide the doors for Christ.’ These words seem to underlie his whole life and are a source of encouragement and consolation for all who may be intimidated by his or her cross. St. John Paul II’s profound witness showed that there is true joy in following Christ and a palpable hope in his disciples. Opening the doors of our hearts to Christ may be an intimidating move, but with such an example, truly, what is there to fear?”

The superhero:  “Growing up in a Polish family, I always saw Pope John Paul II as significant.  I first came to know who he was through the Marvel Comics biography — and who is to say that he wasn’t a superhero?  Even though he had not thought much of a priestly vocation as a child, I saw how God called him through the dark times of the Second World War to become a beacon of hope to a nation in turmoil and an instrument of God’s mercy to the whole world.  In a world that is becoming ever more secular and more uncertain, and in which spiritual leaders are increasingly needed, I have looked to the Pope’s vocation story as an inspiration for my own vocation, and to our new saint as an example, far more heroic than any comic book character.”

The great teacher:  “I came into full communion with the Catholic Church during the pontificate of Pope John Paul II—one of the greatest teachers the Church has ever had. His witness gave a public appeal to the Catholic faith, and it was such a blessing to have a clear voice speaking to the world about the good of the person, true human freedom, and what will lead to happiness. His reflections on his own priestly vocation have helped me to understand more deeply the priesthood—this awesome gift that is also a mystery.”

A witness to love:  “Anytime Pope John Paul II appeared, spoke, or worked, his whole aspect was animated by a brilliant joy and an inescapable, unmistakable love.  His great accomplishments were motivated by love, and his every address – public or individual – hit home because of the love powering it.  I remember being moved by his homily to the youth gathered in Central Park in 1995, as he proclaimed that love, a uniquely human trait, prompts and supports every vocation.  God has ever been generous with His love to me.  The inspiration of Pope John Paul II and the love he lived directed me to follow this priestly vocation to be His love to the world.”

A witness even in death:  “John Paul II’s effect on my life only dawned on me once the sun had set on his own. I was a young undergraduate when he died, a melancholic engineer pondering life, death, and the point of it all. As I watched the news coverage, attended prayer vigils, and conversed with curious classmates, I was amazed at the life generated by John Paul’s death. It seemed like a dream, a joke too good to be true, as if at any moment John Paul’s corpse might wink and let out a chuckle. The dying world looked on, opined, judged, praised, and wondered, all the while John Paul wearing death like a crown. As the funeral procession snaked through St. Peter’s and John Paul gave his final audience, the ancient words of a certain Centurion echoed once more in my heart and soul: What if my life could be given for such love? What if my death could give birth to such life? ‘Truly this man was a son of God.’”

A version of this article appeared in the online journal, Dominicana. Photo by Fr. Lawrence Lew, O.P.