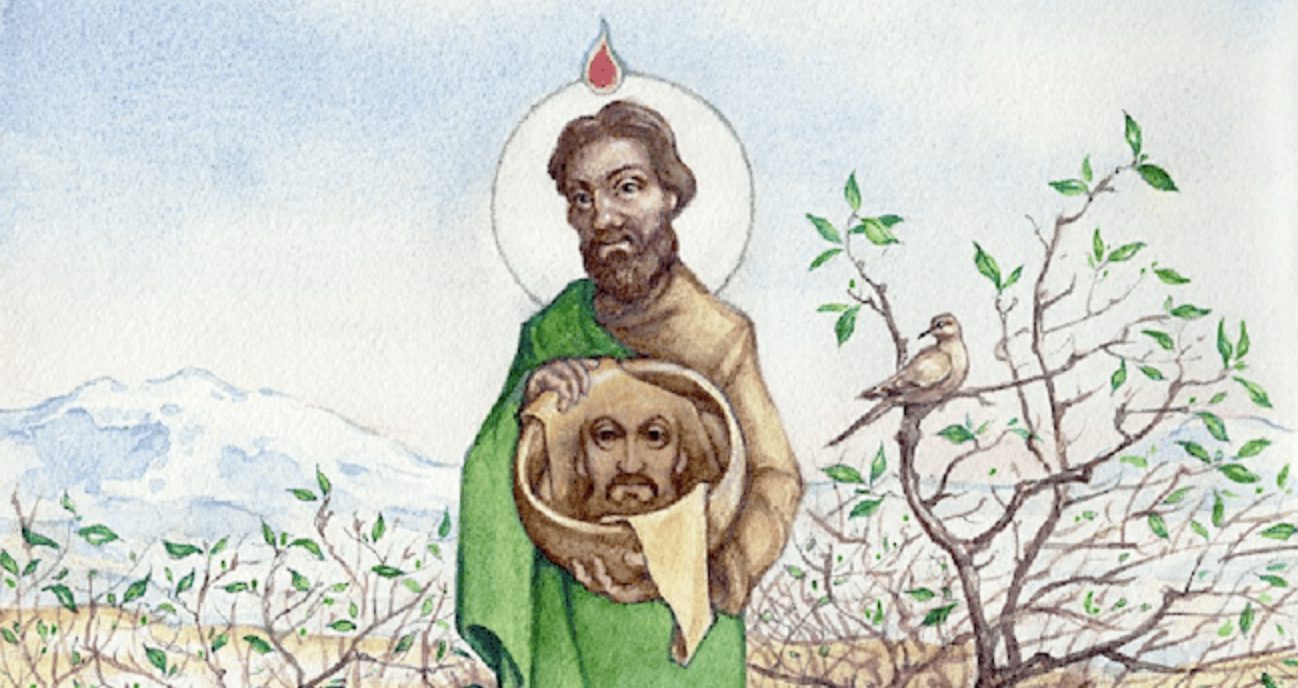 You may have heard of the Holy Shroud of Turin, the Tilma of Our Lady of Guadalupe in Mexico, and the Miraculous Veil of Saint Veronica. These images have miraculous origins; they were not painted by human hands.

The earliest paintings of Saint Jude depict him as bearing a cloth imprinted with the image of Christ (see here). Later paintings make it appear that Saint Jude is wearing a medal around his neck. 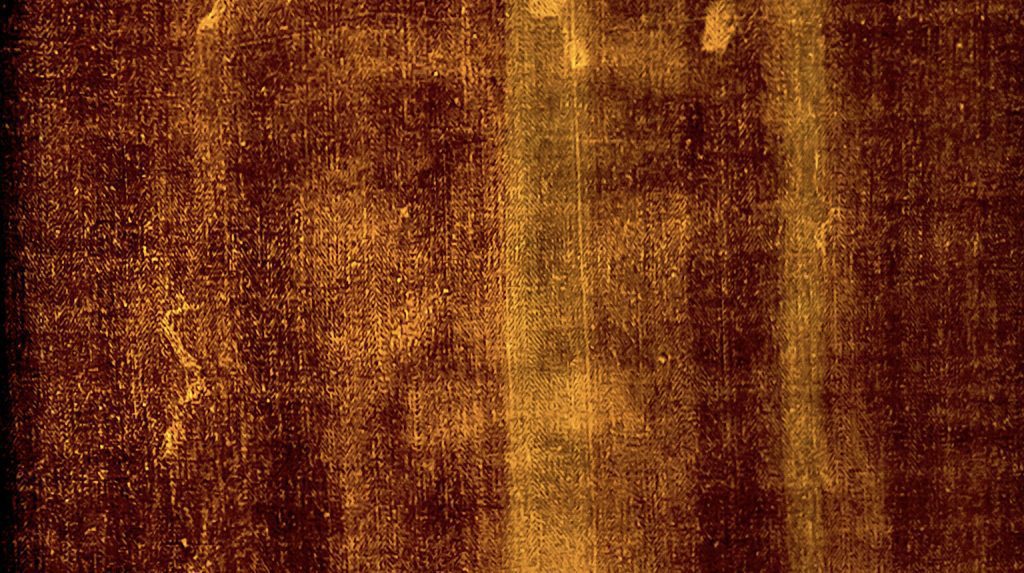 The Holy Face of Jesus Christ is shown in the Cathedral of Saint John the Baptist in Turin, Italy.

According to tradition, King Abgar of Edessa wrote a letter to Jesus, asking Christ to visit and cure him. Jesus declined the invitation, but promised a future visitation by one of His Apostles. The promised Apostle turned out to be Saint Jude Thaddeus, who brought a painting of Jesus and healed the king.

However, a later version of the legend from the 6th century (Acts of Thaddeus) recounts that the image was not a painting but a burial shroud folded twice and then fourfold. Saint John Damascene also described the Holy Image of Edessa as a large garment. It is interesting to note that the Shroud of Turin has this same fourfold pattern. Centuries later, in 994, the cloth was transferred from Edessa to Constantinople. Emperor Constantine VII described the image on it as “extremely faint, more like a moist secretion without pigment or the painter’s art.”

Recent scientific studies reveal that the Shroud of Turin contains 20 different plant pollens that are from the Anatolia and Urfa regions of Edessa in modern Turkey. These pollens are not found in either Jerusalem or Europe. There are excellent historians who have amassed a good deal of evidence making a strong case for the Shroud having been in Edessa.

So was the King of Edessa healed by a painting of Christ or was it the miraculous image of the Holy Shroud? Saint Jude may have carried both to Edessa or he may have simply folded the large Shroud so that only the face of Christ showed. If so, the most practical way for him to carry the Shroud at the time would have been in a basket. Perhaps this explains all the paintings of Saint Jude carrying the image of Christ’s face on something round, like a medallion.

Whatever the case, we know that Saint Jude still carries out miracles in our own day. May we continue to seek his intercession when all hope seems lost!