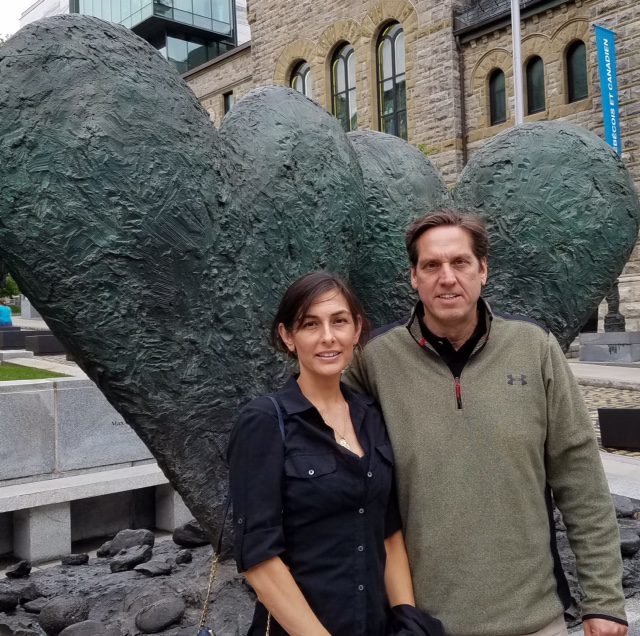 My devotion began with praying the nine consecutive hour novena to the Infant Jesus of Prague. I love the novena because of its sweet simplicity and—yes—the convenience of being able to say it in just one day. My prayer card calls it a “Powerful Novena of Childlike Confidence.” The ideal of “childlike confidence,” childlike faith, has always appealed to me. When I was diagnosed with breast cancer, childlike faith suddenly became a necessity. I prayed my favorite novena more frequently and pleaded for my faith to become more childlike. Since that time, my devotion and faith continue to grow, and I have been blessed with beautiful graces on my journey.

Join our Infant of Prague Novena of Masses!

Along the way, I began seeing more and more Infant of Prague statues. After my cancer treatments, I would visit St. Vincent Ferrer Church, a Dominican parish near my hospital in Manhattan. I began praying at the Infant of Prague statue, which is right next to the Our Lady of Fatima shrine my husband Marc and I had helped restore years ago. I also spent time in Saint Catherine of Siena, the sister church of St. Vincent Ferrer, and was thrilled when I first discovered an Infant of Prague shrine there too. Later, on a visit to a church near our house in Rhode Island, I was again delighted to find another lovely Infant statue. God kept bringing me to the Infant Jesus.

Around this time, I remembered that my grandmother, who passed away a few years earlier, had an Infant of Prague statue in her house when I was little. My sister, our cousins, and I used to find the statue slightly creepy and would pass by it very quickly. I told my mother, who shares my devotion to the Infant Jesus, that I would love to have Grandma’s statue, if we could find it. Incredibly, even though Grandma was my father’s mother, my mother had the statue. While she was helping my aunt clean out my grandmother’s apartment, my mother felt that for some reason she should take care of the statue. Now we know the reason: God had my mother keep the statue for me. What a gift! My dear grandmother’s sweet (no longer creepy) statue is now on my night table. My precious Infant Jesus greets me every morning and is with me while I sleep. 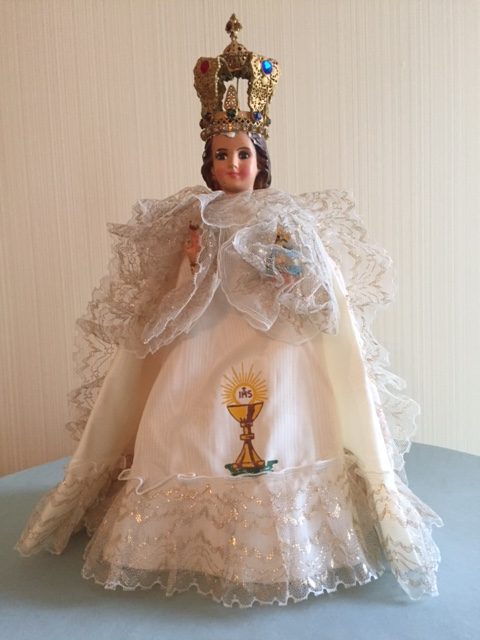 Indeed, the Infant Jesus seems to with me everywhere. When my sons returned to school in fall following my treatments, I walked into the school office and saw a big Infant of Prague statue on the secretary’s desk. I had been in that office many times, but the statue was never there before. When I commented on it, the secretary told me that it was a gift to one of the brothers who taught at the school and showed me that it had a broken hand, which she was hiding behind a plant. A broken hand, just like the original Infant of Prague statue! I was speechless. Just as Father Cyril had the first statue’s hands repaired, I knew I had to have this one repaired, too. With the permission of the brother to whom it belonged, I was able to get the beautiful statue repaired. What a blessed opportunity!

Another day that fall, I went into a nearby church, Our Lady of Peace, as I happened to be walking by. Although I had lived in the neighborhood, I had never been inside before. Upon entering, I was struck by its exceptional beauty and I just knew that I would find an Infant Jesus statue there and that my “spontaneous” visit was directed from above. Sure enough, I found a lovely hand-carved statue of the Infant Jesus along the back wall of the Church.

But that’s not all: on a return visit, in an alcove to the left of the altar, I noticed a magnificent painting of Mary holding the baby Jesus. In the painting, the baby Jesus looked strikingly similar to the Infant of Prague. It’s the only image of Mary and Jesus I’d ever seen depicted like that. I was in absolute awe. But God didn’t stop there! A man noticed me admiring the painting. He introduced himself and told me that the painting was called “Our Lady of Consolation” and that his brother had commissioned it after the Italian original. Then this kind gentleman even gave me his Italian prayer card of “Our Lady of Consolation.” I left the church in tears, overwhelmed by what, to me, was Mary’s way of telling me that, throughout my diagnosis and treatment, she had consoled me by leading me, over and over again, to the Infant Jesus.

Join our Infant of Prague Novena of Masses!